The fifth cross student exchange was hosted by Istanbul Lisesi in Istanbul and took place from 08th to 14th of April 2018.

Sunday 8th of April
On the first day of our exchange, we had two separate arrivals. The Austrian team arrived at around 12:30 and the Spanish team arrived at 18:30 at Istanbul Atatürk Airport where the host families and exchange students met each other in great excitement. Some of the partners spent the rest of the day outside and some stayed at their houses to have a traditional dinner.

Monday 9th of April
The day started with the weekly Monday morning ceremony where we sang the national anthem. Then we had a small tour inside to school in order to make the exchange students a bit more used to the building and its history. After that, we had an ice-breaker session by means of asking questions to get to know each other. Afterwards we had a music workshop where the exchange students learned a Turkish song about Istanbul called “Üsküdar’a Gideriken”. We all sang the song and tried to memorize it since we were going to sing it at the farewell event on Friday. Later on, we went outside and played various games and sports. Later, we had lunch at school and went to the Chora Museum by buses provided by the school. In the museum, we saw frescoes and mosaics from the Byzantine times. After the official program some of us went to İstiklal Avenue, Taksim and Galata, where we visited a church and the Galata Tower. 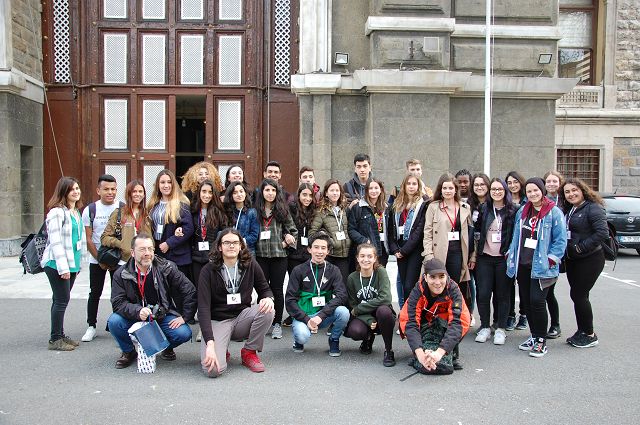 Tuesday 10th of April
On the second day of our Erasmus+ journey we had a Geography lesson where we learned about the countries and horrible conditions of the production of our clothes, which even included child labour and we had discussions upon the topic with interesting arguments submitted by both sides of a scenario. Then we split into groups to prepare posters about what we could do to promote fair trade and better production and usage of clothes on micro and macro levels. Then we went to the Grand Bazaar, which is a very popular landmark in Istanbul. Later we had an art workshop where we learned about a traditional Turkish art of marbling and some students tried doing it with the help of the tutor. Afterwards, we visited Süleymaniye Mosque, which is a very big mosque and considered as the masterpiece of the famous architect of the Ottoman times by Mimar Sinan. After that we had some free time and went to Kadıköy which is a very popular destination for the high schoolers around our age. 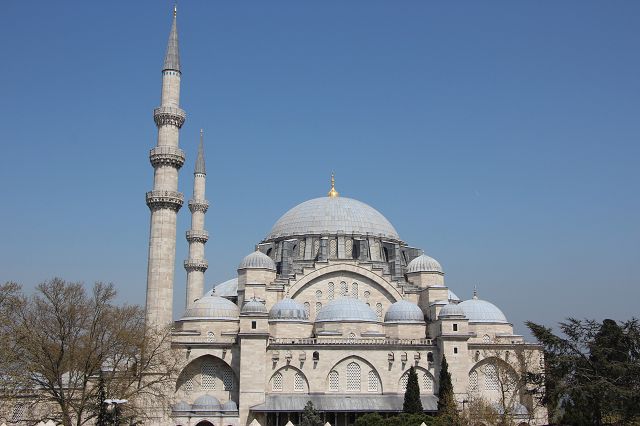 Wednesday 11th of April
On Wednesday we attended a Turkish literature lesson. The lesson has shown us that nature doesn’t discriminate upon your skin colour or religion when giving its resources to mankind via using an apple tree when a human being wants to take an apple from it as a metaphor whereas some humans would judge you on your appearance, religion, race and choices. After that we all wrote a quotation about this topic and designed a poster. Later, we had an excursion to the Princes’ Islands, where we hiked to the top of a hill and had a picnic where we ate typical Turkish food, which were freshly prepared by the host families. 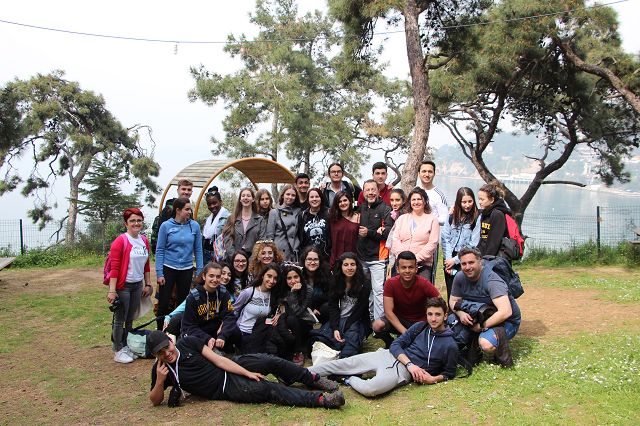 Thursday 12 th of April
On Thursday in the morning we went to the Topkapı Palace where we were able to see magnificent tiles and gardens. Then we went to Hagia Sophia, which is one of the famous sights in İstanbul and we were given information about both places by the guide. After that we went to a Bosphorus Tour which was the most enjoyable and the best occasion according to our guests. First of all, we had our lunch on the ship but the most important time for acculturation during our ship journey was the time after lunch. All of the three groups – Austrian, Spanish and Turkish – taught each other their traditional dances. After the Bosphorus Tour most of us went to a cafe and there some of us taught a traditional board game called “tavla” to the eager ones. 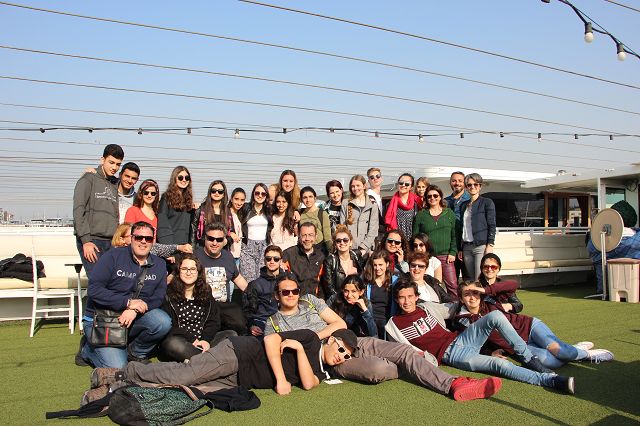 Friday 13th of April
After a tiring week, on Friday we watched the Project Works of each group in our school. At around 10.30 pm. we left school with the school buses and went to a primary school in Fındıkzade where the Syrian children got educated. After watching a presentation about the difficulties that Syrian refugees got over, we were allowed to meet some of those students. Visiting those students and hearing what they had experienced raised our awareness about refugees and wars. As a gift, we were given bookmarkers that were prepared by the Syrian students. After the visit, we had some free time till our Farewell Party. During that time, we went to the Grand Bazaar again to buy some souvenirs. Then, we all came to school to finish the preparations for the “farewell event”. In the evening, after the speech by the school headmaster and the coordinator, all the students were on the stage to sing altogether and afterwards, the guests were informed about the things done during the exchange week and, they were shown a short video. Shortly after that some of us met to spend a nice last evening together and that’s how a great and memorable week went over quickly. 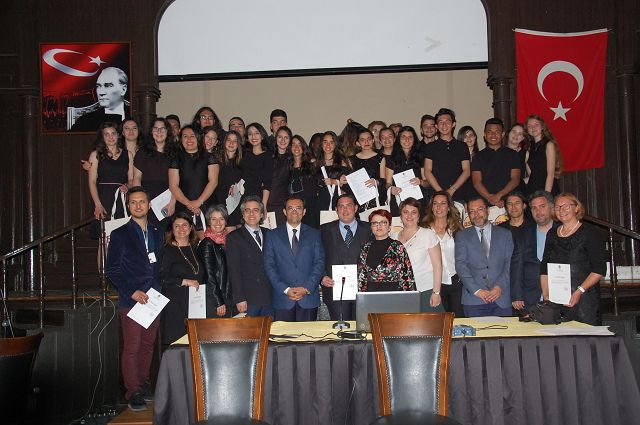 Saturday 14th of April
The end of the gorgeous week…. At the airport, everybody was very emotional, and it was hard to say goodbye to each other. Thanks to Erasmus+ project, we really made good friends and we believe that this friendship will last forever. 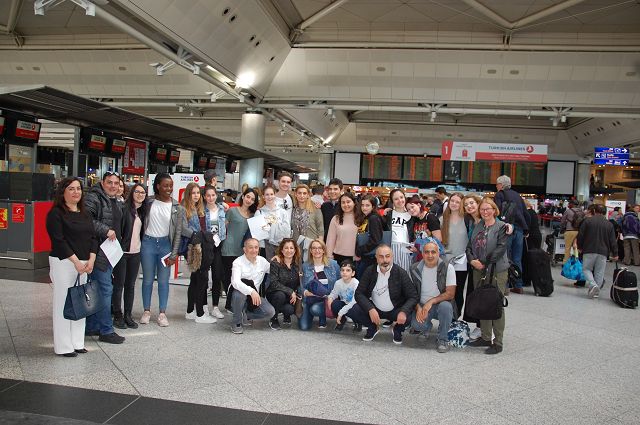