For the third phase of our project "Journeys of Hope: Educational Pathways to Social Inclusion and Tolerance” we carried a research on cultural diversity in Europe and analysed the major issues facing the process of integration in European society.
From 5 to 11 November 2017, 16 students from Italy and Greece, with their teachers, after several months of preparation on the topic and the production of a lot of material (PowerPoints, videos, brochures, booklets), visited the Stiftsgymnasium at Sankt Paul im Lavanttal, a small village in Carinthia, Austria, and were hosted by their partners’ families. They were clearly aware of the great opportunity to take on new challenges they had received by participating in this exchange, and the emotions and experiences they lived there cannot be easily described.Once they arrived at their destination they were picked up by the families of their Erasmus+ partners, and the hospitality was immediately warm and friendly. The students all felt at home despite the different habits in everyday life.

Immediately the desire to know as much as possible about the new culture arose, leading them to ask questions about the reality of their partners. At school, where they had the various activities and workshops, the enthusiasm was great and the collaboration between the students of all the nationalities was essential for the completion of the various assigned tasks. First of all, they had the opportunity to know the educational system and the ways in which Austrian students learn the school subjects. Among the various activities, particularly interesting were the music workshop, where the students composed a song inspired by the topic of the project, and the visit to the “transition class for refugees” at the WIMO Institute in Klagenfurt for moments of dialogue with the project operators and with the guests of the structure, for the purpose of making students aware of the problem. After a short presentation all students split into smaller, multinational groups including youths from Syria, Bangladesh, Tibet, and were given material to paint together. Afterwards all students presented their works explaining their meaning. They also made garlands together. 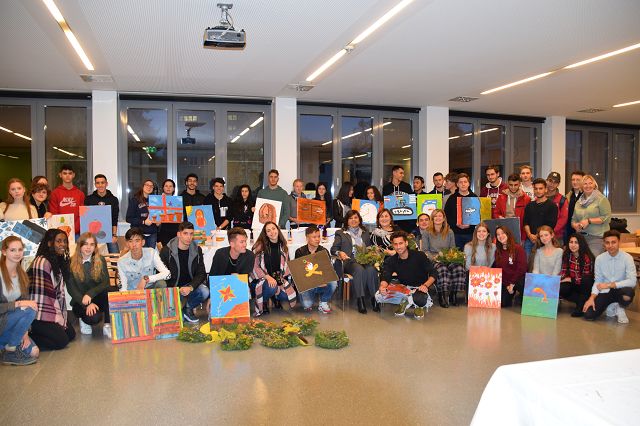 In the Latin workshop students started acting, performing episodes of the life of Aeneas, the first extraordinary epic migrant, using umbrellas to stage battles. Also interesting were the chemistry and physics workshops, the main themes of which were the consumption of drugs and alcohol by young people and the earth's coordinates, the only element of difference of the peoples of the world.
Two more were the workshops that involved students particularly. One was on religion and the different faiths in Europe and the world. Students got to know a lot about other religions due to the fact that data were provided of believers in the various countries and attention was brought to symbols and traditions. Christmas decorations were created by each multicultural group while eating delicious Lebkuchen, the typical Christmas Austrian biscuits. The second one, on geo-history, focused on the artistic, social and political peculiarities of the various countries. The last workshop of foreign languages has finally made it possible to create a word bank on immigration translated into the languages spoken by the students involved. 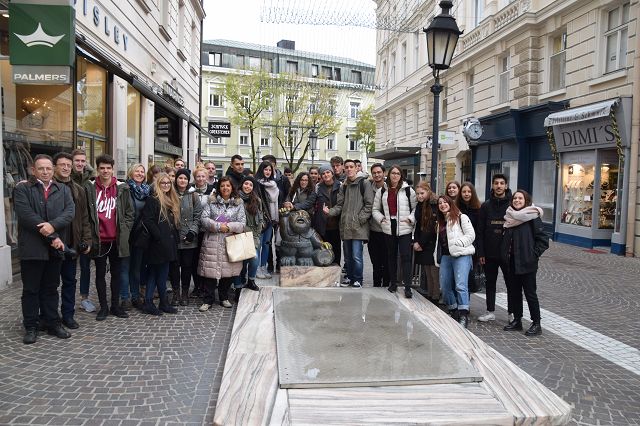 The presentation of the products also went well and knowledge was shared and disseminated in the final event to end the week perfectly immediately before a special dinner during which it was possible to see that some suspicious gazes of the beginning of the week had been replaced by warm friendship of students, teachers and parents. Extraordinary was the variety of sounds and expressions that could be heard when people from the same country talked to each other: it seemed like an orchestra of different languages and cultures having, however, at the basis a common sense of brotherhood. 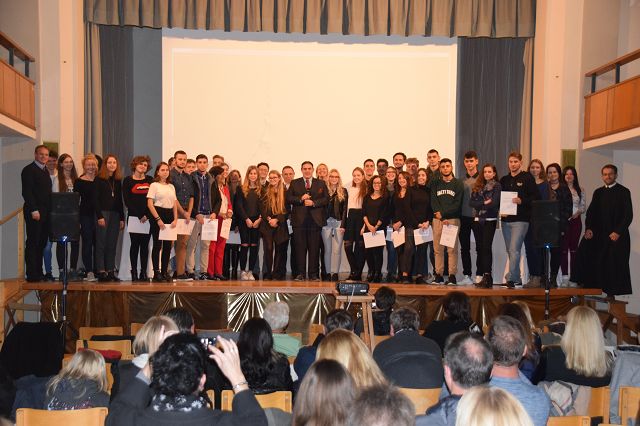 During the week the various teams also participated in visits outside the town like the one at the Zotter chocolate factory, to the city of Graz, rich in buildings whose architecture is inspired by the Italian Renaissance, and to Klagenfurt, the capital of Carinthia, where we had a guided tour of the centre. Of particular interest is also the natural landscape of the region that was observed from an exclusive location such as the Pyramidenkogel panoramic tower situated near Lake Wörthersee, the largest in Carinthia. It was nice to live this unique and extraordinary experience that allowed both teachers and students to open their minds to Europe's cultural diversity in a project of peace and collaboration.